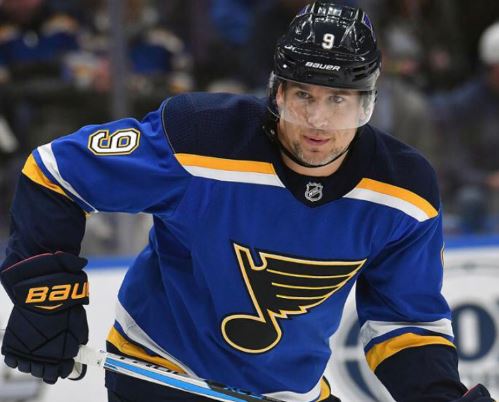 [dropcaps round=”no”]S[/dropcaps]cottie Upshal, professional hockey player, has battled his way on the ice for the past 15 years. A veteran of the National Hockey League (NHL), Scottie has played for several teams, and along the way, has introduced the healing power of the Biomat® to fellow teammates.

As a Winger, Scottie is in the thick of it, defending his zone and wreaking havoc in front of the opponent’s net. His fiery play style has earned him a reputation as an exceptional “penalty killer.” This is a period in which his team is shorthanded, and the opposing team has the advantage. During the Penalty Kill, Scottie’s solid skating ability is apparent, as he eliminates shot attempts and scoring chances by his opponents until his team is back at full strength.

As a professional athlete, Scottie needs to keep his body fine-tuned for ultimate performance. He credits his doctor for playing a pivotal role in keeping his body in perfect form through the second half of his NHL career. In 2016, he flew his doctor out to help with a bulged disc in his upper back.

“It was then that he said, ‘You should really get yourself a Biomat® to do your Eldoa and myofacial stretches on every night before bed.’ I remember the [Biomat®] showing up, and from the first time ever laying on it, I became obsessed,” said Scottie.

He tells us the Biomat® meets all his relaxation needs and likes the warmth of the orange setting.

“I use the Biomat® for EVERYTHING! Mainly, relaxing during the evenings. To be brutally honest, I hardly sit on my couch since owning one! The only thing you must worry about with the Biomat® is getting in a fight for who wants to lay on it! Parents, friends, and kids! Everyone loves it!” remembered Scottie.

The best time to use a Biomat® is before or after games. He says he benefits most during this period and it is a good way to unwind, relax and recover. “One of the biggest issues in modern professional sports is sleeping disorders. We are currently struggling to find sleep after long road trips, after hockey games, and time at home with the family. The feeling you get from the infrared heat, and the amethyst crystals truly is remarkable,” said Scottie.

“The Biomat® has had crazy results from my NHL and NBA customers who can’t relax after games. The feedback I get is usually, ‘This thing is the only thing that I can lay on to relax my mind… all I can think about is the game replaying in my head over and over.’ I had one client who had paid sleep doctors thousands of dollars, bought float tanks and hyperbaric chambers, and the day they tried the Biomat®, his life had changed,” said Scottie.

Currently, Scottie is recovering from major knee surgery. His physical style has begun to take its toll. He has suffered from ligament tears in the past – all of which he was able to recover from and play at an extreme level. The result of these damaged ligaments, and the stress put on them over the years, had caused some swelling and bleeding in his left knee during training camp this season.

Scottie says his doctors have been very strategic in their rehab approach. During the early phase, he was limited to time on the ice. So, he continued to use the Biomat® along with countless hours working his knee to move fluid throughout, increasing lubrication.

“I could not bear any weight for six weeks, so I spent a lot of time spent on my back. Many hours were spent on my Biomat® – resetting my mind and my body. The calming effect of this mat has been crucial to allowing my body the ability to heal with its natural ability. I believe that when both your body and mind are completely at rest, you can heal,” explained Scottie.

He recommends all athletes use a Biomat®.

“First off, rest and recovery are so important to preforming at a high level. The Biomat® allows an athlete a very holistic approach to unwinding after practice, and after games. Laying on the Biomat® on a low level of heat allows your body to find a happy place! The amethyst crystals and the infrared heat both allow the body to reach a very meditative state. Very important for waking up the next day after a hard day’s work feeling refreshed.”

Scottie remains positive and looks forward to being back on the ice.

“My goal for 2019 is to get back to NHL form. To fight through this long and grueling knee rehab and come out even stronger than before! I have an amazing family, all who enjoy the Biomat® and its benefits. [I want to] to give them a better understanding of what it means to look after your own health. From the things you eat and drink, to the way you sleep, the way you train, the way you recover.”